Are we ever truly "over it"? 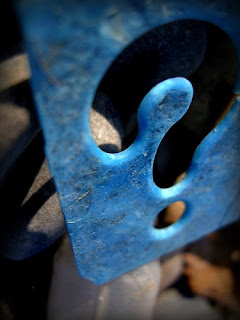 I like to say that I am now happily married and at the same time happily divorced. I’ve come to the realization that my ex-husband and I were never meant to be together forever. We grew apart in our 20’s and instead of breaking up to fix it, we got married instead. We were both in denial and I think we both thought marriage would help us. It didn’t. But I learned a tremendous amount and I know for a fact that my current marriage would not be as successful as it is without my past relationship. So I have no regrets.

I had a coaching session with Larry Laprade and while I can’t remember the exact topic I brought to him for coaching, but during the session I expressed my frustration that my past was still effecting me in certain areas in my life. Not that I still love my ex husband or wish I was never divorced, but that in general I’m angry that I still get angry about the whole ordeal. I asked him, “Shouldn’t I be over it by now? And if I’m not, what does that mean?”

Larry asked me to back up for a moment and answer this: What does being “over it” mean? More specifically, what is the criteria? (Don’t you just love coaching questions?)

For me, in this particular situation, I suppose being over it means that I never think about it, or if it briefly must cross my mind for whatever reason, I don’t care. At all. My past relationship does not effect me in any way, shape or form.  If I can do that, I am truly over it. Reading what I just wrote makes me think that in order to do this I must be a robot.

I was also asked about my anger towards the situation and what it means to have an emotion about someone else. Does it mean that we still care? That we still love that person? I guess not necessarily. It's just an emotion, but it doesn't define anything. Often times we confuse feelings with emotions. Larry said there's not a rule that says you can't have emotions about a past event or person. It's not the same thing as having feelings towards this person. I sat with that for a little while and felt better about it. He also emphasized that denying these feelings makes us tense, which is what I had been doing. I felt like if I had any feeling at all about my past relationship, positive or negative, that I was disrespecting my current marriage. Larry made me realize this wasn't the case.

I don't believe it's possible to spend a significant amount of time with someone, split up (for whatever reason) and not have that relationship effect you in some way or another. Not necessarily the person, but the relationship. I think where the mistake is made is thinking you are disrespecting your new relationship by having these thoughts. I would not be where I am today without my past relationships. Especially the 13 year relationship I had from when I was 17 to 30. Sadly, divorce is so common and I think that many long term relationships are like a divorce when they end. Instead of despising the person we are no longer with, regretting time spent with them or pretending we don't care at all, try spinning it into a more positive way. For me, I am thankful for all the things I learned in my past. I have some great memories. I have also found who I am because of this relationship. But most importantly; I appreciate my husband now so much more than I would had I not had that past relationship. I suppose that's the reason I am not “over it”.

Perhaps we put too much emphasis on the term. I'm not sure. But I would love to hear your comments!