How I Got A Traditional Book Deal 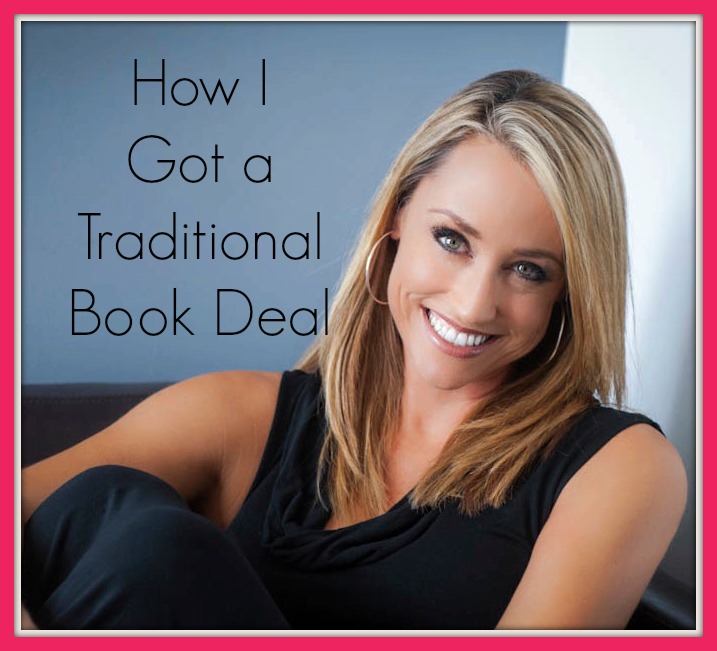 I get several emails a month from people asking me the details of my publishing deal for my book, 52 Ways to Live a Kick-Ass Life, which I’m all too happy to share. I think everyone should write a book that wants to. Really. And with the birth of self publishing this has become easier to do so, and the big question people ask me is “Should I try to get a traditional publishing deal, or should I self publish?” GREAT question!

First and foremost, I don’t pretend to know everything about publishing. I can only share with you what I’ve learned from my own journey over the last few years.

Backing up a bit, I did chronicle the entire journey here all the way back when I declared I wanted to write a book. You can watch videos (mostly videos because during that time I could not write a freaking blog post to save my life) about the fears and freak outs, and logistical stuff like the proposal, finding an agent, the rest of the journey. The month the book came out and the few months thereafter were crazy because of promotion, so this is the first post I’ve written since before then. I write this post as sort of a summary. But, I do encourage you to watch my sometimes comical and very dramatic videos.

Briefly, here are the pros cons of traditional publishing:

And now the sad trombone of cons:

The biggest question to ask yourself in deciding if you want to self publish or go traditional publishing is your big goal for the book. Most of the people in my circles are coaches or want-to-be coaches, so I assume your intention is: publicity, credibility, and being seen as an expert in the field. That being said, personally, that was why I chose traditional publishing.

Now, onto HOW to get a book deal…

These days it’s all about your platform. Publishers want to know if you have enough circles of influence that your book will sell. You may have the best, most informative book on the planet, but if you don’t have a platform, agents and publishers will likely pass.

On the spectrum of platform size, mine wasn’t considered that big. People like Danielle LaPorte, Tim Ferris, and Gabrielle Bernstein are some examples of non-celebrities that have big platforms. To give you a general idea, when I wrote my proposal in 2012, I had just over 3,000 newsletter subscribers, about 15,000 total social media followers (Facebook, Twitter, and Pinterest) and about 9,000 unique monthly website visitors. So again, since my platform wasn’t considered that big, my agent suggested we wait about 6 months while I worked specifically on my platform in order to get a great deal. In the end we decided not to do that and take a chance on what I had.

The whole process in a nutshell

So, there you have it. If you don’t have a platform yet, or are just starting out, it’s not impossible to get a book deal. But, I do encourage you to work on building it up if traditional publishing is something that you want.

If I had to do it all over again, I absolutely would do it the same way. And for a future post, I’ll talk about book promotion, which is super easy and so very much fun (said no one ever.) No really, it wasn’t that bad, but I will say that in the entire process, writing the book was the easy part.

Good luck out there!