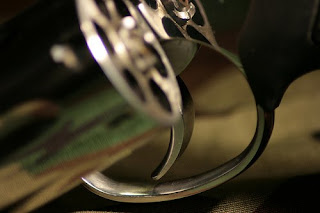 trig·ger
–verb
First thing Monday morning I had a session with my coach. I didn’t have a specific topic nailed down, but had about 3 things that were swimming in my head, so I just started talking. Talk, talk, talk about how I want to do this, and I need to decide on this, and I feel lost about that. A few minutes later my coach says, “Wow. Sounds like you’ve been triggered.”
And Holy Moses, was she right.
I thought about the last 2 weeks and some things that had happened. Not necessarily monumental events, just little things that planted themselves in my brain, and then the fire started. For me, in this particular instance I’m writing about, is body image. And let me tell ya, when it's body image, it's not just a piddly fire. It's a god damn inferno.
Week before last I was running in my neighborhoods while pushing both my kids in the stroller. I was feeling amazing, finally feeling better from an injury and so happy to be back doing what I love: running. A car pulled up beside me, slowed down and a women about early to mid-60’s rolled down her window. She smiled and asked me, “How come it’s always the skinny girls that are running?”
…
I was speechless (which is rare for me). My first reaction was to stop and launch into an enormous explanation, an angry explosion. Who does she think she is, thinking that I run to be skinny? How dare she assume that being skinny equates happiness and health? And who cares what type of body I have, why does that matter? Is that supposed to be some kind of compliment? And on and on and on. My head spun out of control with assumptions of what she really meant and I can’t imagine what the look on my face was like. However, I said nothing.
On Saturday I went to a workshop that was held at a beautiful private gym. I went to use the restroom and there it was: The scale. You might be thinking, “Yeah, so what?” But for me, and I think for a lot of people that are in recovery from disordered eating and exercise, seeing that scale was…terrifying, haunting, exciting, curious, frustrating, confusing and triggering. So many thoughts. The angel and devil quickly had an argument: Don’t get on it. It’s not that big of a deal, just step on it. Don’t do it, you haven’t weighed yourself in 9 months! Well, you’ve been exercising again, let’s just see what happened. If you step on it, you might go back there, to that place. Are you that fragile that you can’t handle what it says? Yes, you can, just do it. Prove that it’s not a big deal anymore.
As I washed my hands I stared at it on the floor in the mirror. And I walked away.
These two things happened and that’s just it: They happened. In my mind I’ve come to the conclusion that being triggered = BAD. And what happens afterward, or how I handle it (or don’t handle it) determines and defines who I am and where I am in terms of recovery.
Today, I learned and accepted that I don’t have to go down with the triggers in my life, whether they be about body image, perfectionism, relationships or anything. Sometimes they suck, and sometimes they hurt, but I can choose to look at them as a gift. Sometimes they’re wrapped up in a pretty bow, sometimes they feel like a block of cement, sometimes it's a box of dog shit, but no matter what, they are my gift to myself, and I just need to ask, “What did I learn?” That’s it. They don’t need to mean anything profound all the time. They don’t define me. They don’t grip me.
So, what did I learn? I learned that backhanded compliments about my body are hard to swallow. Thinking about it further, any comment about my body is hard to swallow. But, I don't need to make assumptions about what that person meant. And I learned that sometimes the scale looks scary. And there's a part of me that's curious about how much I weigh. That's it. I can get so caught up and lost if the “what does it all mean?” and will run on that hampster wheel all damn day. And if I need to cry, I'll cry. And if I don't, I won't. But being triggered doesn't equal anything.
So, think about what triggers you. Perhaps there are times when you feel so overwhelmed by something, or really wanting to launch into a new project, or control something, anything in your life. Think about the past few weeks or even months and if anything happened, however small that may have triggered you. And just be with it.
Photo courtesy of Soul Rider
Like this Post?
Sign up for updates!