My relationship with a drug addict 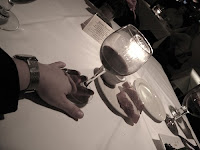 In my post about how I got over my divorce I talked about how I began dating too soon. I think that bit of advice deserves it's own post because of the catastrophic mistakes I make at choosing my dates when I made the decision to date right after my ex of 13 years and I split. If you read the whole post, I'll share what I learned at the end.