What my 20’s meant to me: Relationships 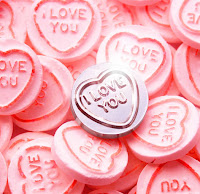 Since I have been asked to be a speaker at the Crest of your Life Workshops, it's got me thinking a lot about what I learned in my 20's. Twenty something. What an immense time of growth. What sticks out in my mind the most is that I was in a relationship with the same person for my entire 20’s. That story didn’t end well, but it had a lot of chapters. Some great, some bad, with lots of suspense and drama lurking around every corner.

What did I learn? A LOT! I learned that I can’t look to someone else to esteem me. (What a big job that is for someone else to take on, isn't it?). And I shouldn’t want to give it away. It is precious and all mine. Forever!

I learned to respect myself because many times others won’t. And, just as important, them not respecting me really didn't have anything to do with me. It's their stuff, not mine.

I learned that relationships shouldn’t always be exciting. Drama all the time is not a good thing! Don’t get used to it, because when you do, when things get good, you may end up sabotaging functional relationships to feed on drama. I remember thinking, “I can't stand that girl who just thrives on drama.” and sadly, I WAS that girl! I'm not sure where along the way I got comfortable being uncomfortable, but it happened without me noticing.

It took me until I was 32 to realize what I truly deserved. I always knew that I deserved a great man and a mutually respectful relationship, but I was always in love with what the man or relationship “could be if”. “Could be if” never loved me back. I waited, and waited, but it never happened. So when I realized what I truly deserved, and truly believed, not just told myself, but truly believed that I was worthy of it, it happened. And I married him, and he is truly wonderful. And the relationship has mutual respect, is functional, stable and carries the values that we both honor. It was all worth the wait and the journey.