What makes you a badass woman? (+ Product giveaway!) 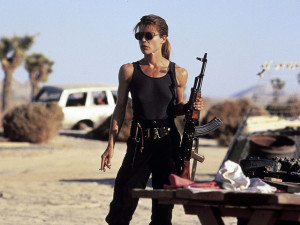 And what do all these things have in common?

They are all badass. At least to me.

And I’ve been thinking about that term lately, mostly because I use it a lot. It’s a regular part of my vocabulary. I call my friends badass, my kids and myself. So, I’ve been wondering what it really means. I consulted the expert (Google) and this is what I got:

The epitome of the American Woman. She radiates confidence in everything she does, whether it's ordering a drink, buying a set of wheels, or dealing with men. She's slow to anger, brutally efficient when fighting back.

The badass carves her own path. She wears, drives, drinks, watches, and listens to what she chooses, when she chooses, where she chooses, uninfluenced by fads or advertising campaigns. Badass style is understated but instantly recognizable. Like a chopped Harley or a good pair of sunglasses: simple, direct, and functional.

So, it got me thinking. I assume when people hear the word, “Badass Woman” they think of a tattooed, gun toting, foul mouthed, tequila shooting, sweaty woman ready to pick a fight with any man, woman or child that looks at her sideways.

But, I disagree. (Not that I have anything against the woman I just described, which sounds a lot like my mom).

A bad ass broad is MADE, not born. She’s a sinner with the heart of a saint. She’s been trespassed against, and she’s done some trespassing of her own. But at some point (at 22, 42, or 62) she drew a line in the sand, stopped the drama, and took back the wheel.

To me, badass is a state of mind. There is no certain look to it. A badass woman makes no apologies for her confidence, successes and unique personality. She knows and celebrates that she is a one-of-a-kind lady. While she still gets nervous to take risks, she does them anyway. She continually grabs life by the balls.

That used to be me. And one day I finally threw my hands up and said, “Who gives a shit if people don't like the real me?” And every year I continue to step into my own inner badass, get to know her, love her and my life loves me back tenfold.

If you're that girl that's hiding, I invite you to embrace your own unique badassness.

What does it mean to YOU to be a badass woman? What do you need to let go of to fully step into your true badass nature? What do you LOVE about being your badass self?

**Christmas contest has ended for the ebook and workbook OR 30-Day E-Course of “Kick Your Gremlin's Ass: Manage your Inner-Critic to Live Your Kick-Ass Life”. Congratulations to the winners: Devin, Kim, M and Kristi! Thank you to ALL who participated. You are ALL BADASS!!!**