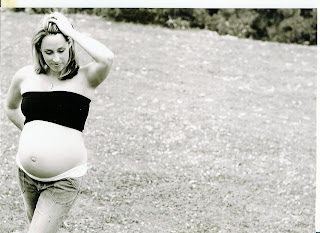 September 15th, 2009 was by far the most adventurous day of my life.

If you've read the birth story of my son, you'll hopefully understand my thoughts and feelings concerning the upcoming birth of my daughter. I was in personal predicament, being pulled in two different directions; on one side was my obstetrician strongly recommending I have a repeat cesarean section due to “risk factors” and the other side were my instincts telling me myself and my daughter were healthy enough to handle labor and that a natural vaginal birth was best for both of us rather than a surgery, given before she was even ready to be born.

*I also wanted to give a special thanks to the staff at Sharp Mary Birch Hospital for Women. The nurses and obstetrician were so helpful and played a major role in the safety and smoothness of my birth. Without them and their support that night, I'm not sure how it would have turned out. I don't believe there are enough words of gratitude.
Photos courtesy of author. Please do not duplicate without my permission.
Like this Post?
Sign up for updates!