Today's post is written by Pamela Candelaria who writes over at Natural Birth for Normal Women.
Over 1.3 million babies in the US were born by c-section in 2008, accounting for 32.3% of all births. The most common reason for cesarean delivery is having had one before, but the reasons for a cesarean can vary widely. Sometimes there are medical reasons for planning a c-section prior to labor, and emergencies during labor make other c-sections truly lifesaving. For a huge number of women, though, the picture is less clear. They are told they have small pelvises, or big babies, or their labors aren’t progressing fast enough. Many women are told cesareans are a safe way to avoid the risks of vaginal birth, and an increasing number of mothers are choosing c-sections with no medical indication at all. Whatever the reason for the c-section, though, one thing they almost always have in common is a lack of truly informed consent. Let’s look at the risks listed on a fairly typical consent form—what isn’t on the form may be surprising:
The consent form says:
Infection in the skin incision, usually this is controlled with antibiotics. Sometimes it can require you to be re-admitted to the hospital, but in most cases antibiotics are taken as an out-patient.
In reality, you are twice as likely to be re-hospitalized following a c-section, infection is almost five times more likely to occur, and infection can extend to the uterine incision. Taking antibiotics while breastfeeding contributes to thrush, adding another challenge when breastfeeding is already less likely to succeed following a cesarean.
The consent form says:
Development of heavy bleeding at the time of surgery with the possibility of hemorrhage which could require a blood transfusion.
Transfusion is required in up to 6% of cesarean sections. If your c-section goes perfectly, you’ll lose over twice as much blood as you would during a normal vaginal birth- and even that number may be grossly underestimated. It is interesting to note that “normal” blood loss during a c-section would be considered a hemorrhage during a vaginal birth.
The consent form says:
Injury to the bladder and/or bowel which could require surgical repair (this occurs in less than 1% of all Cesarean sections)
True- but mild bowel paralysis occurs following up to 20% of cesareans, and some women have bladder injuries that don’t require surgical correction but do require use of a catheter for weeks following delivery. Even if only 1% of women require further surgery to correct these injuries, that is almost 14,000 additional- and largely preventable- surgeries per year being performed on mothers who should be happily caring for their newborns.
The consent form says:
Injury to the ureter (a small tube which passes urine from the kidney to the bladder)
While this injury is unusual, occurring in just 0.1% to 0.25% of cesareans, it often goes undiagnosed until the mother returns to her doctor with symptoms including pain and fever. Another surgery is then required.
The consent form says:
Developing a blood clot in the leg veins after delivery
This occurs in ½% to 2% of c-sections- somewhere between 6,900 and 27,000 women- and can be fatal; yet many women are never told what symptoms to look for or how to reduce their risk.
The consent form says:
Risks for subsequent pregnancies include: placenta previa (where the placenta lies wholly or partly in the lower part of the uterus)
Shockingly, this consent form fails to list any other risks for future pregnancies. Reproductive consequences of a primary cesarean include a risk of uterine rupture that is 12 times higher than it would be with an unscarred uterus, even if a repeat cesarean is scheduled. A woman also faces increased risk of placenta previa, more severe placenta problems like abruption and accreta, miscarriage and unexplained stillbirth, unexplained secondary infertility, and dramatically increased risk of surgical complications in future c-sections. If that is not enough, the scar tissue and adhesions left by cesarean surgery can cause chronic pelvic pain and sexual dysfunction, and in rare cases can cause intestinal blockage that can be fatal.
The consent form says:
Cutting the baby during the incision into the uterus (this occurs rarely).
About 1-2% of babies are cut during c-sections- that could mean over 25,000 babies, every year, receiving anything from a nick to a severe laceration at the hands of the delivering OB. While the consent form ends here, a slippery scalpel is not the only risk babies face when delivered by cesarean. Babies born by elective cesarean are up to seven times more likely to have respiratory problems at birth, and are up to three times as likely to die in their first month of life.  C-section babies have lower APGAR scores, higher NICU admission rates, and they are more likely to have ongoing health problems like asthma. It’s important to note, these are low-risk babies, not babies who are delivered by emergency cesarean who may have been affected by complications of labor. No, these babies experience these issues as a direct result of the way they were born.
I’ve talked with hundreds of women about their cesarean births, both online and in real life. There is a pervasive belief that c-sections transfer the inherent risks of birth to the mother, providing babies a safer and lower-risk entrance into the world than they’d have with a vaginal birth. Many OBs perpetuate this myth, but it’s clear they aren’t telling us the whole story. I don’t think I’ve met one woman- not one single mother- who was told up front that in some respects her c-section put her baby at greater risk than vaginal birth would have. Even though many women seem comfortable with the increased maternal risks of c-sections, few are truly aware of exactly what those risks are, how much they are increased, or how they can be reduced. OBs are selling c-sections as a safe and easy way to deliver a baby- and women are buying.
Buyer beware.
******************************************************************************************************************************** 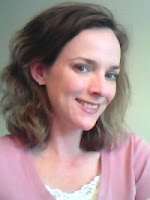 Pam is a mother of 4 who found a passion for birth through her cesarean and 3 VBAC journeys. She believes the best way to improve maternity care is to empower all women to make fully informed decisions, regardless of what type of birth they choose. She resides in Denver, Colorado.
Sources:
2008 Birth Data
http://www.cdc.gov/nchs/data/nvsr/nvsr58/nvsr58_16.pdf
Cesarean Section Consent Form
http://www.awomansplaceobgyn.com/PDF/CONSENT-FOR-CESAREAN-SECTION.pdf
Risk of selected postpartum infections after cesarean section compared with vaginal birth: A five-year cohort study of 32,468 women
http://www.informaworld.com/smpp/content~db=all~content=a913514882
Neonatal Morbidity and Mortality After Elective Cesarean Delivery
Caroline Signore, MD, MPHa and Mark Klebanoff, MD, MPHb
http://www.ncbi.nlm.nih.gov/pmc/articles/PMC2475575/
Thrush in Breastfeeding Moms
http://www.babycenter.com/0_thrush-in-breastfeeding-moms_8486.bc
Cesarean Childbirth
http://www.emedicinehealth.com/cesarean_childbirth/page9_em.htm
Estimates of cesarean-related blood loss shown to be too low
http://findarticles.com/p/articles/mi_m0CYD/is_13_38/ai_105514154/
Urologic Injury at the Time of Cesarean Delivery
http://www.femalepatient.com/html/arc/sig/obsF/articles/034_08_023.asp
Uterine Rupture in Pregnancy
http://emedicine.medscape.com/article/275854-overview
Fetal Injury Associated with Cesarean Delivery
http://www.ncbi.nlm.nih.gov/pubmed/17012450
Like this Post?
Sign up for updates!