Choosing an experience: My journey to VBAC

Today's post is written by Pamela Candelaria who writes over at Natural Birth for Normal Women.

I’m going to come right out and say it: The single biggest reason I wanted a VBAC was because I wanted the experience, magic-filled and complete with angelic music and ethereal light. Well, yes, I had romanticized it a bit, but I had a very clear vision of my ideal birth before my firstborn was a twinkle in his daddy’s eye.  I believe giving birth is a rite of passage, and the actual physical act of giving birth is the highest expression of feminine power.  I was shocked when I ended up having a c-section to deliver my first baby, and it was an enormous struggle for me to work through my feelings of failure. There was never a question that I would pursue VBAC when I had more children. Or at least, there was never a question until I got pregnant again.
Then it started. I knew I had to be better informed this time, make better choices to have a better birth. My starting point for research was the internet, and it was absolutely filled with horror stories about VBACs gone wrong, catastrophic uterine ruptures that killed babies and left mothers hemorrhaging and facing hysterectomy. If only they’d chosen another c-section, their babies would be alive and they would be able to have more children. My conviction began to falter. I kept reading. I read the derision heaped on VBAC moms, the accusations that we were trying to get a “vag badge” or would rather have a vaginal birth than a healthy baby. I wondered if I was putting my own desire for an experience above the health of my baby. If that was the case, I needed to re-evaluate my priorities make peace with having c-sections for all my children.
In the midst of my searching, something wonderful happened. I found an online support group full of women who not only knew absolutely everything about VBAC and repeat cesarean (RCS), but were able to direct me to the sources so I could learn it myself. I started reading studies- actual studies that looked at thousands of births. I could see the biases and flaws in the research, and I was able to critically evaluate how the conclusions of the studies were affected by those biases. I had support, I had encouragement, and I had resources- and this is what I learned:
VBAC is safe. Let me say that again: VBAC is safe. That is not to say it is without risk, but any pregnancy following a c-section carries greater risk than a pregnancy with an unscarred uterus. On the whole, VBAC provides better outcomes for mothers and babies than scheduled repeat cesarean.  VBAC babies have higher APGAR scores, lower rates of NICU admission, less need for supplemental oxygen, and shorter hospital stays than babies born by RCS. VBAC moms have less time in the hospital, too, and they also enjoy significantly lower rates of infection, hemorrhage, transfusion and hysterectomy. Repeat cesareans are 2-4 times more likely to result in maternal death than VBAC, but death related to uterine rupture in a VBAC attempt is unheard of. Because I wanted a large family, it was critical for me to learn that risks in future pregnancies dramatically decrease with multiple VBACs, but dramatically increase with multiple c-sections. Having this information renewed my confidence in my decision to VBAC, but it left me with questions, too. Why was the obstetric world so against VBAC? And why do only 10% of women choose VBAC?
The answers to those questions are multifaceted. The factors influencing modern obstetric care in general, and VBAC specifically, are complex and interwoven to the extent that it’s nearly impossible to separate them. Medical malpractice suits are a huge part of the equation, and there are lawyers ready and waiting to vilify OBs who support VBACs. It’s estimated that 30% of OBs have stopped supporting VBACs solely because they fear malpractice liability, and another 29% have increased their c-section rate for the same reason. The ACOG issued guidelines requiring “immediate” availability of emergency c-section for VBAC moms, and as a result nearly 1/3 of hospitals stopped supporting VBAC labors. But with the majority of OBs and hospitals still allowing VBAC, I wondered, why do women choose RCS in droves?
It is common (though inaccurate) knowledge that VBAC is safer for mothers and RCS is safer for babies, and there is a strong social expectation that we as mothers should be willing to sacrifice our own safety to ensure the safety of our babies. We fear we’ll be held responsible if a VBAC goes wrong, but choosing RCS makes the OB responsible for the safety of the baby during birth. Many OBs provide misleading information about the risks of VBAC, guiding women to “choose” RCS because it is falsely presented as risk-free.  Other OBs claim to be VBAC-supportive, but have a laundry list of criteria that virtually guarantee no one will ever achieve a trial of labor. VBAC is no longer a mainstream birth choice, and when faced with unsupportive providers, misinformation, scare tactics, and a constant need to be vigilant and advocate for ourselves to ensure we’re given an opportunity to birth the way we want- well, is it any surprise that most of us opt out?
After all my hours of research, I felt vindicated. Not only was my desire for a birth experience okay, but going ahead and having that experience was going to be better for me and my baby and all my future babies too. I was also lucky; my OBs never questioned my decision to VBAC and they were supportive and encouraging throughout my pregnancies. I have now had three VBACs, and oddly enough, there wasn’t a single one marked by angelic music or ethereal light. I never had that ideal birth I’d envisioned. It was just me, birthing my babies, having that experience, doing a little part of God’s work. And I wouldn’t trade it for the world.
******************************************************************************* 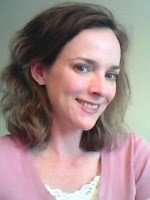 Pam is a mother of 4 who found a passion for birth through her cesarean and 3 VBAC journeys. She believes the best way to improve maternity care is to empower all women to make fully informed decisions, regardless of what type of birth they choose. She resides in Denver, Colorado.
Like this Post?
Sign up for updates!