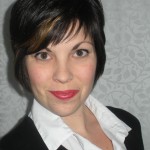 Today's featured “Kick-Ass Woman” is Melissa Wardy. She is a friend and colleague who not only takes a stand for what she believes in, but takes action. She has graciously offered to give away a girls AND women's t-shirt to one lucky commenter. Please read below for more details!

Melissa Atkins Wardy is the owner of Pigtail Pals – Redefine Girly, a company offering apparel and gifts for girls (and even a line for little brothers!). www.pigtailpals.com. She advocates and writes about issues involving the sexualization of girlhood. You can read her blog at: http://blog.pigtailpals.com or find her on Facebook (Pigtail Pals – Redefine Girly) and Twitter at @PigtailPals. It is time we change the way we think about our girls.

1. What inspired you to create Pigtail Pals?
When my daughter was about 9 months old, I was at a playgroup and one of the moms challenged me on why I never dress Amelia in Disney Princess outfits. I told her the idea had occurred to me. I responded that instead of teaching her to wish on a star for a prince, I’d rather teach her to climb into a rocket ship and reach that star for herself. But I couldn’t find that on a baby shirt amidst the sea of freaking pink that is the infant clothing department. Then I had an A HA! Moment, scooped up the baby, raced home, and filled an entire notebook with ideas that several months later became my apparel company, Pigtail Pals – Redefine Girly.
2. Tell us about the recent situation with JC Penney.
So here’s how Tshirt Gate all began – I got a tweet from a friend late on Tuesday night that had a link to the JCP shirt. The shirt read, “I’m too pretty to do homework, so my brother does it for me.” I thought it was bullshit, so I posted in on the Pigtail Pals Facebook page that is followed by a super feisty group. Pigtail Pals creates positive apparel for girls, but also teaches parents
about media literacy and speaking out against this kind of stuff that limits our girls. That was at 10:21pm on Aug 30. It spread like wildfire. I posted a blog post with a roundup of un-fabulous, sexualized and stereotyped back-to-school products aimed at girls 14 years old and younger the next morning, and by 10am JCP had removed the shirt from their website, Pigtail Pals went viral, and the rest is history.
I quickly created (with the help of my amazing designer) a counter-tee, which reads “Pretty’s Got Nothing To Do With It” and gives a more positive message about all of the amazing qualities our girls possess. My shirt was featured during a FOX News broadcast and on the homepage of Yahoo.com. I’ve been eyeball deep in orders and tshirts ever since.
3. What is your personal mission and the mission of Pigtail Pals?
My personal mission is to raise awareness about the sexualization of childhood, and the children’s health crisis that results from it. Parents have got to start getting pissed off, and fighting back. I will not accept it for my children, nor anyone elses.
The mission of Pigtail Pals is to Redefine Girly, and change the way people see our girls. There is a small place for pink and princess and tiaras in girlhood. But there are other slices to the pie, like adventure, exploring, science, music, sports, reading, super hero capes…..when we limit our daughter, we limit our daughters. No thank you.
4. What advice can you give to women who believe in something wholeheartedly, but aren't
sure what to do about it?
Have the strength of your convictions. Whatever your issue is – healthy eating, treating elders well, animal rights, stopping child sex abuse….there are other people whose hearts feel just as strongly. Find them through social media like blogs, twitter, and Facebook. Some people can do big things, like lead a revolution. Others participate in smaller ways, like working one on one
with a student in need, or raising awareness locally. All of those actions count towards a greater common good.
Whatever it is women believe in, make change. Make something happen.
5. What is something you can tell us that you believe people are unaware of or misinformed about regarding little girls and the media/advertising today?
Girls do not come out of the womb preferring pink, pedicures, and princess dresses. That is not a biological fact, it is a commercial one. Some do, but our culture conditions them to want those things, and many families provide only those things for the girls to play with. We need to be sure to offer the world to our daughters, and give them the space to allow them to define their place in it.
6. What is some advice you can give to parents of young girls who don't know how to talk to their daughters about the messages they see in the media?
Teach them to question everything. I limit their tv viewing and am careful to what we listen to on the radio. When we see commercials, I’ll ask the kids what they are selling, and if it is something we really need. If we see something inappropriate, like say, a highly sexualized doll, I’ll ask my daughter questions about what she is seeing in regards to the doll’s clothes and body shape, and I’ll let her ask me questions. Sometimes I flatly tell her something is just too grown up for her, and someone made the mistake of putting it in the kid’s department. I just don’t need that many teachable moments in a day, ya know? Just question everything, and teach those kiddos to think critically.
*Contest details: Please leave a comment telling us what you think of anything discussed above in the interview with Melissa. Winner will be notified by email asking sizes. Contest ends Monday, 12 am EST. Winner will be chosen at random.
Like this Post?
Sign up for updates!