It’s time for a change 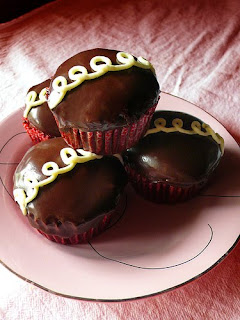 This new year I've decided it's time to eat better. I feel as if I've hit my own personal “rock bottom” when it comes to nutrition and what I put in my body. Now I know I probably eat somewhat better than the average American, but for me, it's not serving my body nor my brain. I eat the right amounts, but the foods are mostly nutritionally empty. I don't get nearly enough fruits and vegetables and probably not enough fiber. To put it plainly: I feel like shit.

As an advocate of listening to ones body, I'm listening to mine and she's saying it's time to get it together. More like, “Hey, you. You that keeps putting all this crap food in me. Yeah, please figure it out!” So, I said okay. Sounds easy enough, right? I know what to do, and basically know what to eat, it's putting it into action that's the hard part. So, I set out to do it, made my shopping list and made small changes this past week. I won't bore you with what I ate- that's not important. And what works for me may not be what works for someone else. What I want to talk about is how I, someone with a history of disordered eating, feels about changing the way I eat. It wasn't as easy as just doing it.
A few weeks ago I wrote about my decision to not do the 30 days of no sugar diet in fear that I may lose weight. Sounds crazy, right? What am I, nuts? Afraid to lose weight? I think it's safe to say that many people who tumble into an eating disorder did so by just wanting to “lose a few pounds”. A few pounds is easy, so a few more won't be so bad. Then we notice clothes are loose and people begin to notice and the compliments start. Some people end here and others don't. I was one of those people that couldn't stop. So, years later being recovered, food and what I do with it is still an issue. Not nearly as big as it used to be, but I still fear “it” is just dormant. Waiting for me to do something as innocent as want to eat better.
So what is a mom-of-2-wanting-to-eat-better-former-disordered-eating-girl to do? I can only speak from experience and a lot of deep thinking. Here we go:
This may seem like a lot to think about when all you're doing is trying to eat better. I mean, doesn't everyone make that resolution every year? Maybe yes, but for someone with a history of disordered eating, even though we're free from the food and body image obsession and the thoughts and behaviors that surround it, doesn't mean it's not tricky when we make changes in our lives in regards to food. But, it is possible.
For me, I got to the point where if I really do love myself and my body, treating it as such included putting food into my body that nourishes my cells and makes it happy.
Photo courtesy of chotda
Like this Post?
Sign up for updates!