Episode 46: Every Woman Is a Superhero 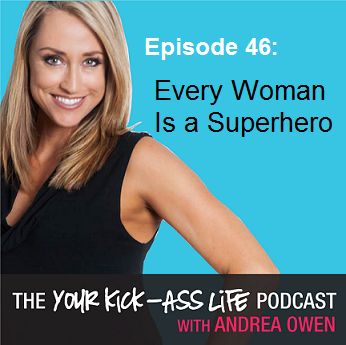 Today we’ve got another great guest and awesome show for you. She is a self-described “sensitive bad ass” who has made friends with fear and shares that friendship with you on her web site, Who is Ch!ck?. She is the one and only Kai Soremaken.

Kai and I have similar stories and experiences: we were both in awful relationships, and yet we both turned our lives around. For Kai the turning point was when her ex (whom she refers to as MF, I’ll let you figure out what that stands for!) held her at knifepoint for an entire evening.

With the help of a friend and Kai’s brother, she was able to get away and give herself enough space and time to rebuild her shattered self-esteem. Her MF did come back, but she had healed enough that she could say no way, and she did.

But that was just the beginning of her journey. She felt incredibly angry for the next year at her ex until she had an epiphany while at the gym. Her ah-ha moment was understanding she was responsible for her life, including being in that relationship. That was it, she was done blaming him and she took the reigns of her own well-being, healing and happiness.

We also talk about:

By taking the reigns Kai turned her personal reflection inward. She began looking at why she attracted that relationship and healing those parts of her that needed it. And that healing took a lot of time. In fact, she has come to think of healing and self-love as an on-going part of her life so she sees no end to it. She started with affirmations, including recording them and listening to them while driving around, and graduated to mirror work.

Today she’s taken those exercises and her experiences and shaped them into a career, a livelihood and a way of being. One of her philosophies is that women need to feel fear and push through it.

She does this in her own life by understanding that when she is experiencing fear it typically isn’t the life or death situation her brain has made it out to be. So she feels the fear, acknowledges it and now she gets excited. She knows fear means she’s growing, and she has learned to embrace it.

Kai goes on to say that even though she has faced some hurdles in the past, she often will stay face them. Just because you conquer a fear doesn’t mean it won’t revisit you! She says that’s perfectly okay, it’s part of life and living fully.

On today’s episode we also talk about the worst advice she’s received and how she handled it (then and now), as well as her pilgrimage across the country while remaining completely silent during her journey, and what that experience and that silence taught her.

There’s all of that and so much more on today’s episode with Kai Soremaken. Be sure to listen in to this edition of the Your Kick-Ass Life Podcast to hear all the juicy details and wisdom we have to share. 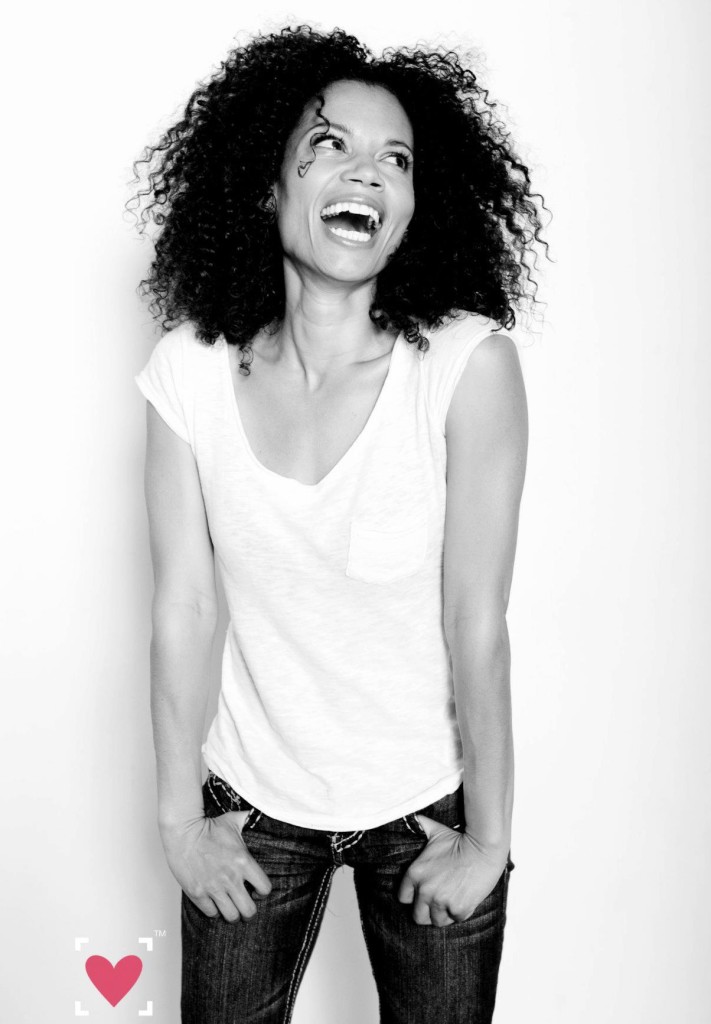 A self-described sensitive badass, Kai began her career in New York City as a dancer. She quickly realized a dancer's life was going to be like an athlete's life…short lived. She then focused on acting and has worked with Will Smith, Al Pacino, Ashley Judd and Harrison Ford among others.

She is the creator of whoisCH!CK.com an entertainment experience that explores fears, courage and tapping into our superpowers as a way to realize your greatness.

Kai is most proud of her fearless adventures, like running a marathon when 400 meters was her idea of long distance and camping solo cross-country in a 1982 Cadillac Seville while doing a silent sabbatical. Making friends with fear is Kai's passion and she loves to invite people along for the scary but always thrilling ride.