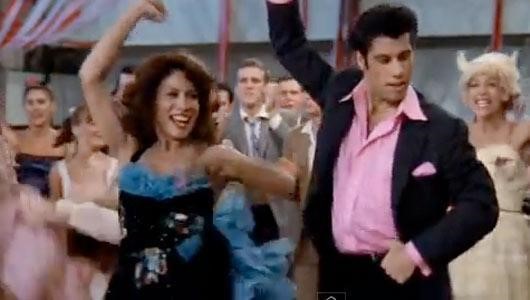 “They call me Cha Cha…because I’m the best dancer at St. Bernadette’s”

Everyone has their favorite character from the movie Grease. Maybe you relate to Sandy and her quest for true love, or goofball Frenchie.

For me, my absolute love affair has always been with the character Cha Cha DiGregorio.

Of course she’s a fictional character, played in the movie version by the late Annette Charles, but even as a child I’ve loved her. She played a smaller role in the movie, but it didn’t matter to me. Everything she was about, I loved. However, the attributes of her character that I adored about her, are also the things we, as women, are not particularly celebrated for. In other words, even in the movie, Cha Cha was not well liked.

First, we are introduced to Cha Cha by Kenickie, where she says, “They call me Cha Cha…because I’m the best dancer at St. Bernadette’s” This woman actually does what we are told not to do: brags about herself. She knows she’s the best damn dancer and she tells people SHE JUST MET. HELL YES. And holy crap, she IS a great dancer.

Then, she sees Danny on the dance floor, grabs him and they start dancing, Sandy storms off in a huff. Sandy could have stood up to Cha Cha, she could have said, “Hey Danny, WTF, you came to the dance with me so why are you dancing her her?” But noooo, since we all love Sandy so much, we all feel sorry for her and hate Cha Cha for being such a bitch. 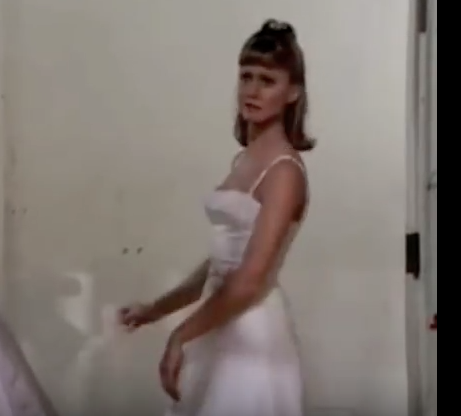 Here she is leaving all “WAHHH, someone stole my
date and I won’t fight to get him back.”

But, the way I looked at it was WOW. Cha Cha sees what she wants and goes after it. And no, I don’t condone snatching other people’s dates, but if we look at this strictly as symbolism, Cha Cha is a woman who doesn’t give a shit if she hurts someone’s feelings. She’s not concerned about “playing nice”

So, she and Danny and killing it on the dance floor, and then this happens 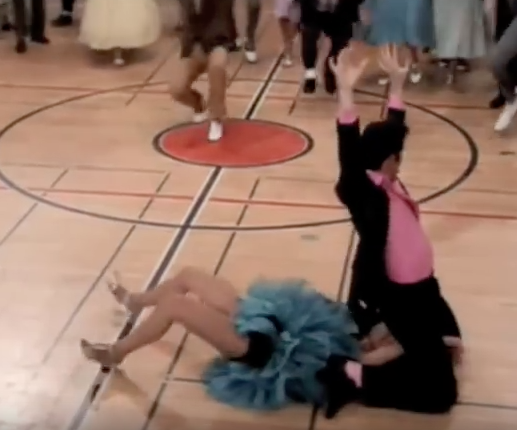 Again, ZERO FUCKS this woman. She couldn’t care less that everyone can see her underwear (bloomers?) and that Danny is basically sitting on her face in front of God and everybody, including the whole school and teachers. Plus, since she goes to St. Bernadette's’, you bet your ass that’s a Catholic school where this kind of behavior is is frowned upon. But, guess who doesn’t care? That’s right, Cha Cha Digregorio.

After the most epic hand jive in the history of the universe commences, OBVIOUSLY with Cha Cha being the dance contest winner (well, you were good too, Danny, but you would have been nothing without her), based on the sheer enthusiasm she has for dancing. I mean, we could all take a lesson from her on doing something you love and running head first into the euphoria of it. Then, the teacher comes out to award the trophy and does Cha Cha patiently wait to have it handed to her? NOPE, she straight up and down snatches that trophy and proudly waves it around with a look on her face of I AM THE GREATEST DANCER THAT EVER LIVED WHY WOULD THERE BE ANY QUESTION EVER THAT THIS TROPHY IS MINE.

God, I love this woman.

Obviously, I’m not saying everyone should take other people’s boyfriends and dance partners whenever they feel like it. I am however, asking you to take a closer look at this character and see the parts of her many of us can take lessons from.

She sees what she wants and goes after it. She saw an opportunity and went after it. Where in your life have you passed up opportunities because you didn’t think you were qualified enough, smart enough- basically not good enough? Probably somewhere. Would Cha Cha pass up that opportunity for a promotion? Nope. Would she not speak up in a meeting because she felt other people wouldn’t like her ideas? Nope again. She knows deserves it and if it doesn’t work out? Meh, there’s always next time. There will always be a next time.

She owns her superpower. She knows she is a great dancer. She tells people. She doesn’t care that other people are great dancers too. She allows herself to be free, embraces it, and even breaks the rules to fully throw herself into her dancing. Would Cha Cha be worried that other people might judge her dancing? Not a chance. I hope you can look in the mirror, know your superpower, and LOVE yourself for it.

When people clearly don’t like her, she gives exactly zero fucks about it. When Frenchie mentions Cha Cha’s “worst reputation” I thought the gym would light on fire with the glare she shoots Frenchie. Cha Cha seems to have no female friends, only the boys and she doesn’t care. She could have burst into tears, she could have chased the Pink Ladies around trying to be friends, she could have apologized to Sandy for stealing her date, but she does. Not. Care. She’s not there to make friends, she’s there to have a good time. Of course I’m all for friendships– but where in your life could you ease up on giving so many shits about what everyone thinks? Where are you spending a metric shit-ton of energy worrying if people are talking about your or not?

From now on when I’m doubting myself, or worried about anything, I’m going to ask myself, “What would Cha Cha DiGregorio do?” And I hope you can adopt that too.

PS — just a reminder that Isabel Foxen Duke just put out an incredible free video training series for any of you who may be struggling with “feeling crazy around food.” Ya know, like thinking about food and dieting all day long, only to end up with your fingers in a jar of peanut butter later that evening. She’s onto something, and one of the few health professionals out there who are really making the connection between poor body image and emotional eating. You can check out her video trailer and sign up for her free training here.