Episode 210: What are you tolerating?

Last year I had a few clients who were dealing with some “man problems”. In a nutshell, dating men who were unavailable to them. One was having a relationship with a married man, the other was on again-off again dating someone who had made it clear to her he didn’t want to commit.

Both were in a pickle. This is what they were used to, it was their pattern. Whether the men were physically unavailable for the long term (married), or emotionally unavailable, these women just kept picking the wrong partners.

Much science has gone into why we pick certain people. My favorite book on this is “Getting the Love You Want” by Harv Hendrix. Other interesting ones are “Attached: The New Science of Adult Attachment” and really there are just too many good books on this topic to mention.

But, what I want to focus on today is not just who they were picking– which I think for many of us is an unconscious thing that happens– but more specifically, what they were tolerating when they were already IN the relationship and knew their partner wasn’t good for them.

Because so many of us have been there, right?

Personally, I can vividly remember sitting in my therapist's office with my ex-husband who at that time was still my boyfriend. We were in our mid-twenties and he was not ready to settle down. He would regularly stay out all night, roll home drunk at 6 am when I never knew if he was off screwing someone else or dead in a ditch somewhere (turns out he was screwing someone else throughout the majority of our relationship. Many, many someone else's). After years of this and other disrespectful behavior towards me and many months of therapy, my therapist said to me, “Andrea, I don’t think he’s ready to  change. You can either learn to tolerate it or leave.” He was sitting right there and he didn’t argue with her. We all knew it was the truth.

I knew what I was tolerating. I chose the scraps of the relationship over me. I chose the marriage and the possibility of our future children together over my personal growth. I chose the inkling of potential I saw in him over my own self-respect.

My two clients who were staying in those relationships had different circumstances, but were both tolerating bullshit. They were settling for crumbs. In our work together, we got to the bottom of why they were doing it (helpful, but not always necessary), and why they kept repeating the same pattern. They got clear on what they actually wanted and clear that they weren’t getting it from the men they were dating.

I remember a scene from an episode in Sex In The City when Carrie is asking Mr. Big to “tell her she’s ‘the one’” and he can’t say it to her. If you’ve ever been in a relationship like that you know it was so much more than just him saying it. The agony on her face when he stands there awkwardly and the fact that she can barely look him in the face says so much. It’s so hard for me to watch that scene because Sarah Jessica Parker’s face say so much: I know you can’t commit to me, I know I’ve been tolerating it all, and I know I need to say goodbye to you. 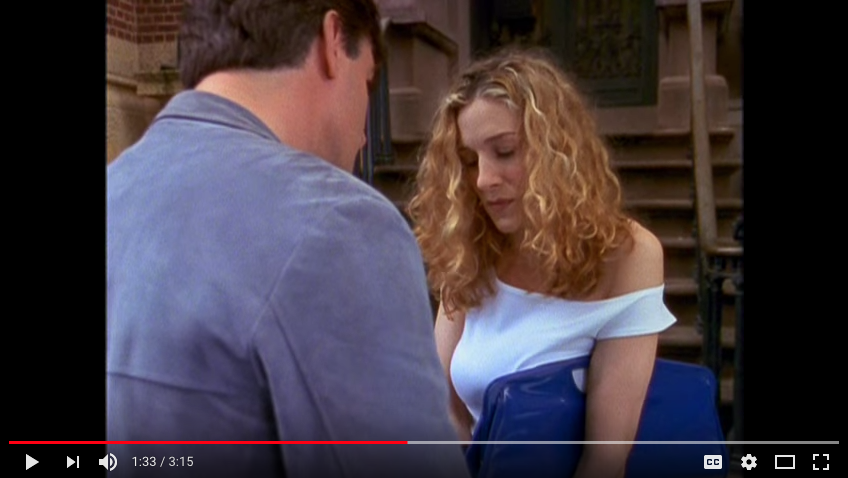 And I remember watching that scene in 1998– five years into my own relationship where I was tolerating crumbs and wishing I had the courage she did. To follow my gut and say no. To love myself and walk away. I didn’t.

But, my clients did. They both got the courage to say goodbye, and love themselves enough to walk away.

Raise Hell, the 4-month online program is open for registration, and one of the 4 modules is…TOLERATIONS. It may not be a relationship you’re tolerating that isn’t working. Maybe it’s work demands, or your inner-critic, or your own neglect for exercise. Whatever you’re tolerating, I’ve created curriculum to help you get to the bottom of it, support with action and helping you choose what works for you (no overly-high expectations!), and accountability. Because it’s so much better to do it with loving people who are in your corner cheering for you and being a soft place to land.

I hope you join us. Click here to do so.

Resources from this podcast:
Getting the Love You Want by Harv Hendrix
Attached: The New Science of Adult Attachment and How It Can Help You Find – and Keep – Love by Amir Levine and Rachel Heller