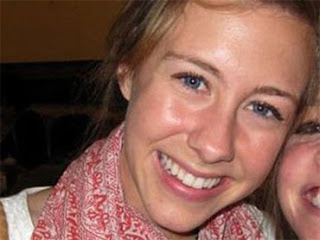 If you don't already know, or if you're not living in this part of the country, today, March 2nd, 2010 has been a very sad day. Chelsea King, a 17 year old teenager was found dead near Lake Hodges. Our worst fears came true this afternoon. We all held out hope that she would be found alive and well and return home to her parents. But, that didn't happen.

Chelsea went out for a run last Thursday and never returned home. Found murdered in a shallow grave. The man in custody who allegedly committed this crime is a registered sex offender who was released after a 5 year sentence when a psychiatrist that evaluated him wrote a report saying he would likely re-offend.

So, why am I writing about it? Did I know her? No, I didn't. I grew up in Rancho Penasquitos, a small community right next door to the community where Chelsea lived in Poway. I lived in Poway for many years as well. I am also a runner, like Chelsea. I used to go running around Poway Lake alone, and my boyfriend at the time would get angry and tell me “You don't know who's out there! You can't go there alone.” and I would get angry. Angry that he thought I couldn't defend myself. I hated being “Just a girl” and having to “watch out for myself”.
And then this happened in our very own backyard practically and struck a chord with all of us. I ache for her parents. My heart is broken for anyone that loved her and wanted nothing more than to see her finish her life. What happened to Chelsea could have happened to me. It could have happened to you. So, I'm not one to sit around and do nothing. Here's what you can do:
It burns me that I live in a place where it is unsafe for me to go out alone. Or that I feel uneasy letting my children play out of my sight. But, we have power. Do something, do ANYTHING!
Like this Post?
Sign up for updates!